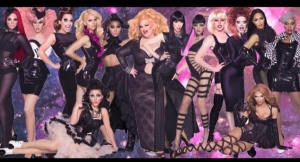 So sayeth my daughter.
She’s 14 and awesome. However, she still struggles with self-esteem just like all teenagers. Although, unlike most teenagers, my daughter has a solution to her darker days.
She says that when she is feeling down and unsure. She puts on her 70s disco music and reminds herself that a drag queen would say, “Girl, I am fierce!” Complete with the snapping fingers and the “Walk like an Egyptian” dance head swivel. She also watches RuPaul’s Drag Race as a pick me up.
A lot of people would condemn their child for emulating a drag queen, but not me. I have a very great friend who is a drag queen and if my daughter wants to follow in the intrepid footsteps of one who will be themselves no matter what, then I say “YOU GO, GIRL!”